Simple soaring flight simulator, take control of a glider / sailplane and soar around or challenge other players in real multiplayer environment for a race.

Use thermal (a column of rising air) under the clouds to gain altitude. Thermals are also moving with the wind and have a lifecycle before they burst and a new one spawn somewhere else.

In addition if there is a wind, ridges also produce lift if you fly close enough.

Race "start" spawns at certain time and players have an opportunity to  fly trough a set of waypoints, competing with each other (or for personal best).

You can also customize glider to find optimal configuration for you play style. Make it faster or turn tighter to utilize more lift.

Game implements socket.io and communicate to a node.js server hosted on a Heroku platform  server. Server handles communication between clients and share position, customization data and messages.  There is no limit implemented on amount of players that can be connected, however I have put a minor limit in frequency data is send by each client to prevent flooding the server, after all its a free account that hosts a server.  This was a first time I tried to implement such thing (and to make a multiplayer game in general) so things will probably be polished later on for the next jam.

If server is inactive for a longer time, it takes few sec to boot it up on first connection. Simply refresh browser if you see the offline message.

So far what has been done

29/04/21 I have opened a server for testing, a demo race is created to test basic functionality, wind that moves clouds need to be corrected for network sync

I had couple of more ideas to implement, unfortunately I couldn't free more for a jam.

if the game does not connect to server right away, wait for few sec and restart a game ( when game will trigger a server start, but server takes few sec to boot, once last client is disconnected, 30 min after the server will shutdown)

Very nice entry, was listning to some lofi music, when I tried it and it went great togeter =) 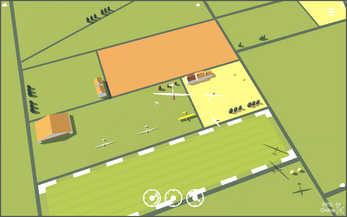 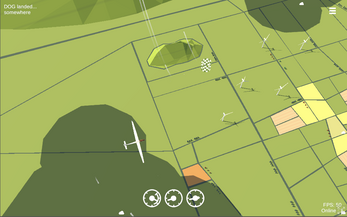 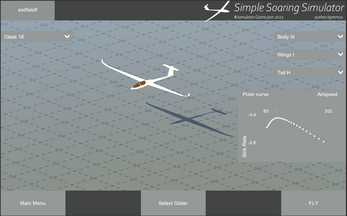 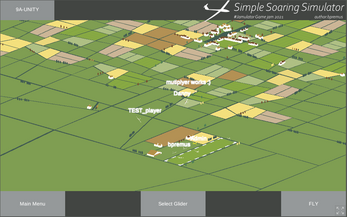 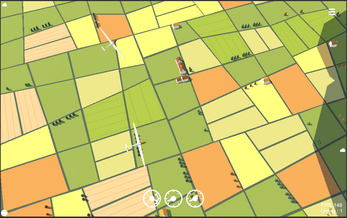 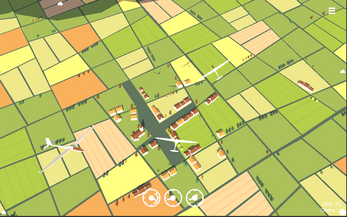